30 Rock What If: Rachel Dratch (Video) 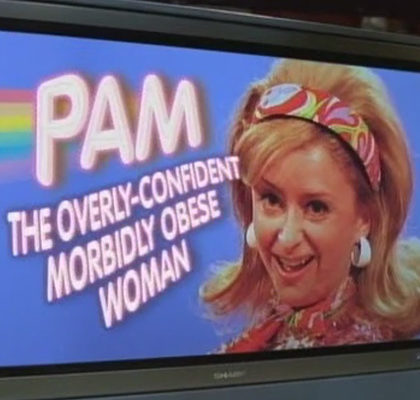 Before Jane Krakowski as Jenna Maroney there was Rachel Dratch as Jenna DeCarlo.

When Tina Fey wrote and produced the pilot for 30 Rock she included her good friend and SNL co-worker Rachel Dratch. The pilot was produced, promos were cut and the episode made the rounds around NBC executives. At some point, as the story goes, Dratch was  cut out of the cast role for “recurring” filling various roles (as can be seen in the first season of the show). Eventually, she was cut out completely.

The “DeCarlo” version of the show also included a different Cerie and some other minor changes. While most executive decisions by networks cause uproar among fans, it’s pretty clear that the unaired version was a completely different show. For her part, Dratch has made light of the lost role. In various interviews including one with New York Magazine, she down-played the event.

Well, when Tina told me I was going to play different characters each show, I was actually psyched about it, because it sounded really unique. But then the media kind of ran with this “demotion” thing, so that was kind of a bummer. But whatever, I’m over it.

This clearly answers the question nobody ever really asked: “What would 30 Rock be without Jane Krakowski?”

Did you also know the 30 Rock / TGS theme song had lyrics?